We chose this name for our holiday farm because we love flowers, in particular the cornflower. It is a simple, beautiful country flower, as simple as we would like our world to be.
Unfortunately, it is becoming increasingly rare and for this reason we are trying to promote it. Sometimes we offer plants and seeds as gifts to our guests and we invite them to see it in full bloom, together with the poppies, from the beginning of April until June.

It is a very ancient flower whose first traces date back to the Neolithic age. It grows wild in the whole Mediterranean area and, in the Italian iconography of the last century, it is often associated with ripe cornfields and poppies.

Many legends refer to this flower whose scientific name is Centaurea Cyanus. According to the most ancient one, the goddess Flora, after finding her love Cyanus dead in a field full of cornflowers, wanted the flowers to be named after him.

Centaurea derives from the centaur Chirone who, after having been wounded in the foot by a poisoned arrow shot by Hercules, was cured with the juice of the cornflower and saved. In Eastern countries, if a man offers cornflowers to his love, it means that he hopes to find true happiness with her. In the language of flowers, it symbolizes happiness. For others, its airy petals symbolize lightness.

It’s an annual, herbaceous plant, with an erect, branched stem. Its height varies from 30cm to 80 cm, depending on the type.
It grows in dry soils and the wild variety prefers dry, stony ground with full exposure to the sun.
It reproduces by seeds in September and it blooms from May to July. If you cut the flower heads, you can prolong flowering. 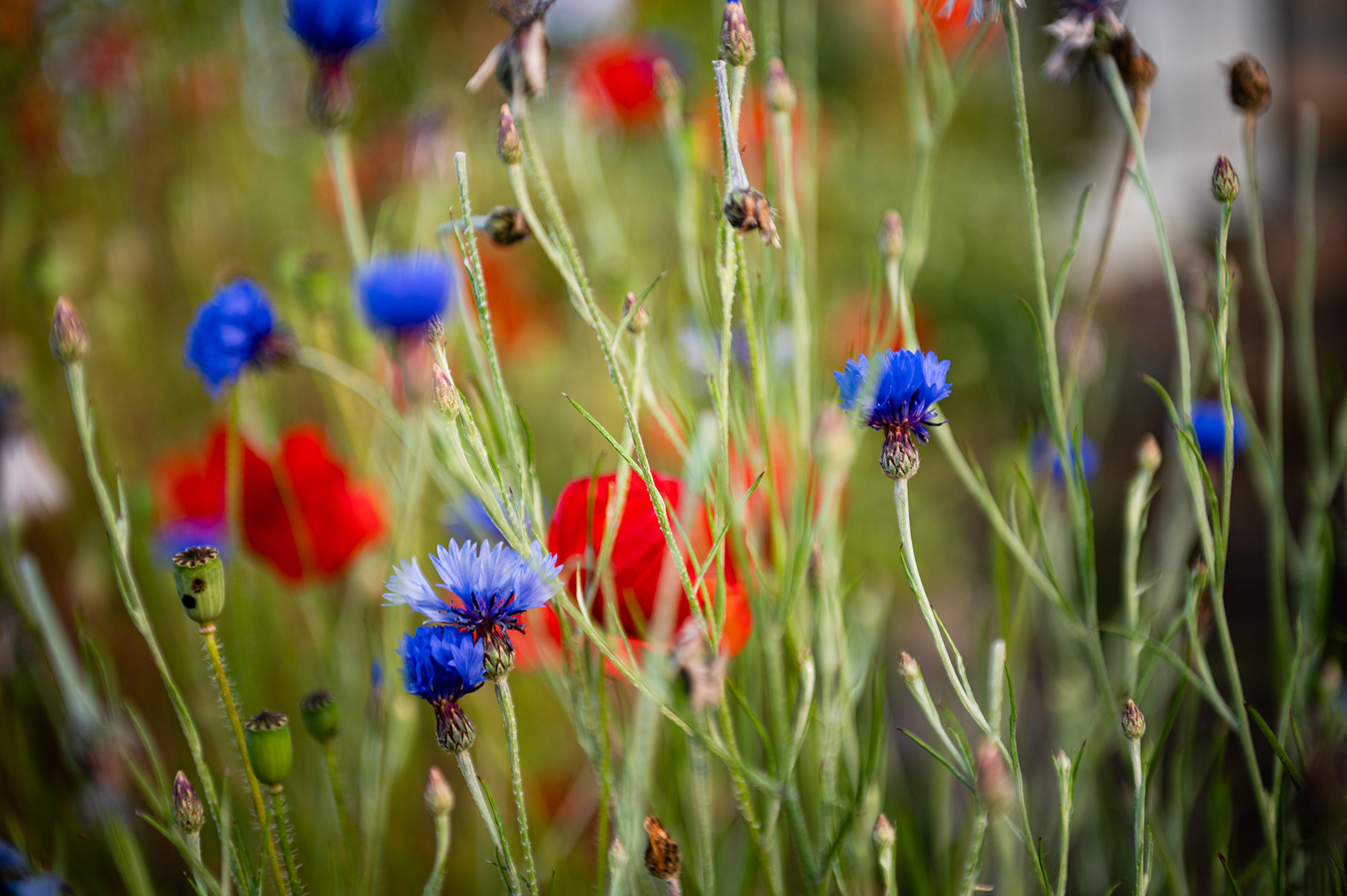 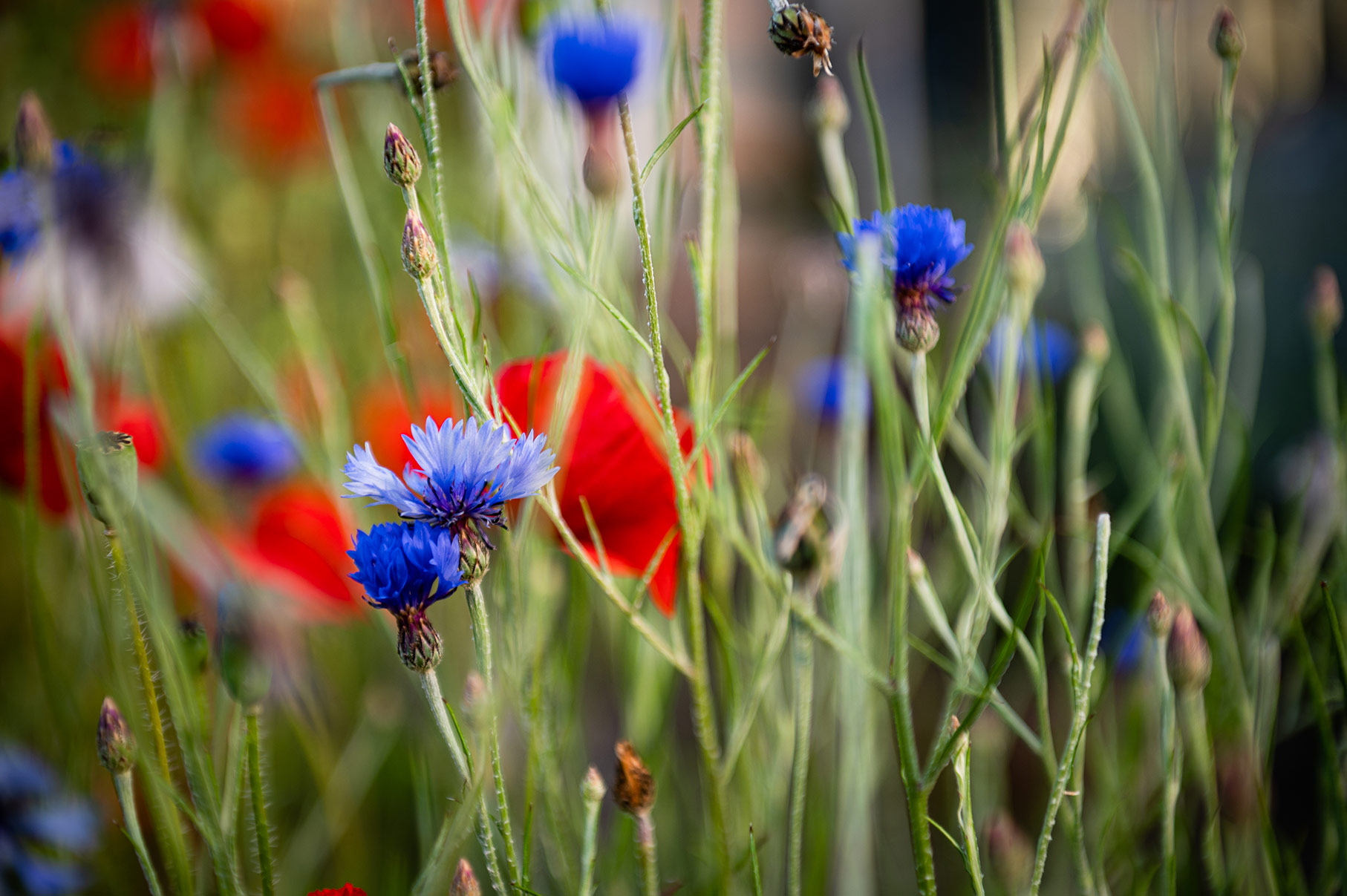